Despite the economic downturn, 2009 was thankfully a huge year when it came to new technology for electronic music artists. Rather than try and cover every significant release, I’ll instead list some of my favorite products and notable trends.

The Year of Ableton 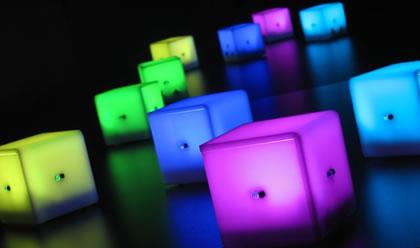 Not new in 2009 but new to me, Percussa AudioCubes are self-powered wireless computer systems. Cubes can detect and interact with each other and can detect the proximity of your hand near a cube face sensor and send this controller information to your DAW or to various free software apps provided by Percussa. I working with a 4 cube configuration within Ableton Live.

Fantastic Synths
A great year for virtual instruments. Below is a list of new and updates synths that I used over and over again in 2009 for both sound design and for music performance.