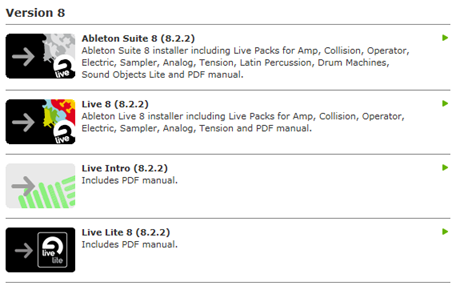 Ableton has just released Live 8.2.2. It’s is a free update for all owners of Live/Suite 8, Live Intro, or Live Lite. You can download load it here.

What’s New in Ableton Live 8.2.2? First off there are enhancements and optimizations and bug fixes for Max for Live:

Please note that new Max for Live content requires both Live 8.2.2 and Max 5.1.8. You can download the latest version of Max here: http://cycling74.com/downloads/

Here is a copy of the release notes:

(Note: Most of these changes require an update to the latest version of Max, which is available from http://cycling74.com/downloads/)

Note: with this fix, you will now hear what you see, although this may mean that previously saved Sets that contained the bug may sound different.