I was hanging out on Facebook yesterday listening to the Electro-Music live streaming September Equinox 2015 Concert. My friends Robert Dosrchel (audio) and Jacob Watters (video) both did fun sets and I noticed they were both using Roland System-1(m)s.

I started poking around on the Roland site and found there were free trials for all the Plug-outs and they now support VST 2 32-bit (in addition to 64-bit) so I could now give them a spin with Ableton Live.

Jacob had also posted a note on FB that the System-100 plugout had released  - http://www.roland.com/products/system-100_plug-out/. I ran out and grabbed it and immediately started noodling with it. In this video, I'm experiment with "wrenching" it around using real-time automation and automation envelopes in Live. Love this thing – woot!

Channeling the EMS Synthi, the System-100 plug-out has a pin matrix which is 14×15. I REALLY love the implementation . It makes short work out of patching cables. You can still drag cables from socket to socket, but the matrix is super fast. You can see this around 1:40 in the video. 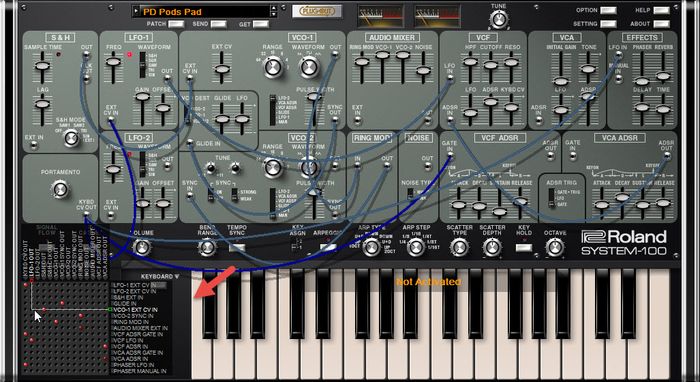 Just hover over the matrix, a set of white lines appearing showing you the routing. You can see red dots where other pins have been dropped. Click and the cables appear on the interface – bam. This is a very nice touch for my old eyes. Speaking of this, you can scale the interface up to 200%. The interface isn't higher resolution pixel-wise so it's a little blurry, but still a nice touch on a big monitor.

Another nice touch in the interface is the "Signal Flow" view which shows some of the under-the-hood default patching as well as highlight in's and out's of patch points which is super handy for understanding factory presets. 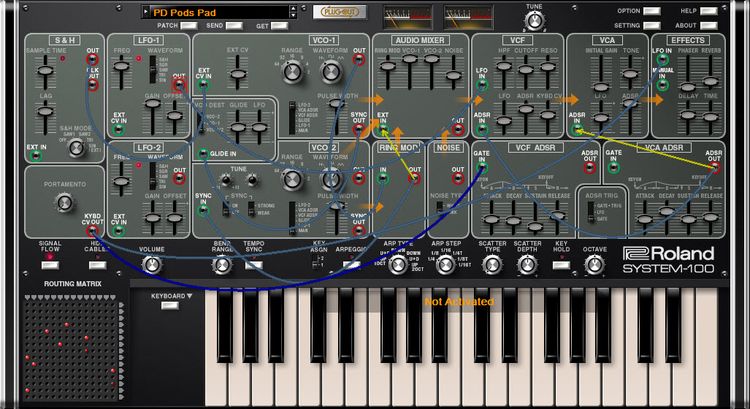 I don't own a System-1 (yet) but the System-100 plug-out may tip me over. To be able to work with this versatile and fun semi-modular in Live, then then dump patches and presets into the System-1 or System-1m and take it on the road (with expressive hardware to control) seems pretty great. Obviously if you have the hardware, you also have a dedicated controller for the plug-out with a 1-1- mapping of a majority of it's controls. This seems like a real time saver when working in your DAW as well.