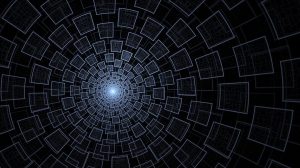 Fort Collins Museum of Discovery welcomes back mindSpiral to the OtterBox Digital Dome Theater at FCMoD!

In this never-before-heard concert event, mindSpiral will spin interactive and improvised music for our Northern Colorado audience, accompanied by the full-dome visuals of Belin Fieldson.

Mike Metlay, the Mr. Spiral who puts the Spiral in mindSpiral, will create live music that will be shared, processed, explored, and exploded into an all-encompassing immersive musical experience by renowned electroacoustic composer Mark Mosher, with visuals keyed from the music and manipulated in real time. It’s all live, all original, unpredictable, and fun–and we hope you’ll join us for what promises to be a once-in-a-lifetime experience.

$10/$8 for members. Pre-registration is recommended.

Mark Mosher is an electronic musician, synthesist, and music technologist. He composes and improvises to create new music, sound, and visuals with synths, samplers, and computers. His live musical performances and fixed media works span the realms of electronic, electroacoustic, musique concrète, electronic tonalities, techno, experimental, and soundscape with a focus on cinematic narrative. Learn more at newecho.com.

Mike Metlay has been making electronic music of one sort or another for 40 years, beginning with academic experiments with tape music in the 1970s and progressing through phases of electroacoustic and experimental music including Köln School, Berlin School, Düsseldorf School, Pittsburgh School, and Somewhere In Colorado School, before delving into modern genres such as klezmerglitch, spasmtrap, and especially schmutzcore. Learn more at mrspiral.com.