Want a control surface with motorized faders but don’t have a lot of cash? Check out the Behringer BCF2000 B-Control Fader (click the image on the left to see a larger view).

It allows you to control your synth, mixer, effects, or signal processor with real controls? It has 8 ultraprecise, 100mm motorized faders for the ultimate control of virtual mixers, organ-drawbars, synths, and samplers. Best of all you can pick this up for $199 – wow!!!

In this report, the mentioned "More great news from NAMM: Ableton Live received repeat awards for Best
Digital Audio Sequencer of 2006 from Electronic Musician magazine and
Best Performance Software of 2006 from Remix magazine."

Clearly, the Live 5 update is making a splash in the industry.

In case you missed the show, here is the 48th Grammy Awards Winners List.

Yahoo! Music has posted a lot of audio/video related to the Grammy's and artists who were won and were nominated.

Ableton announced that Live 5.2 will support native Intel-Macs.  According to their web site "Live 5.2 will enter beta as soon as the new Intel Core Duo-equipped
MacBook Pro is available, and expected to be released in February.
Thanks to Live 5.2, early MacBook Pro buyers will be able to run Live
immediately and enjoy substantially higher audio performance than on
today’s fastest Mac notebook."

In this same press press release, they mention their goals for Live V6 as "support for multicore/multiprocessor architectures, to the benefit of
both Windows and Mac OS users. This feature will bring users of Intel
Core Duo-equipped Macs another large increase in audio performance, and
Windows users will be able to fully exploit the speedup potential of
the various available multicore/multiprocessor hardware solutions the
market offers."

Update: Live 5.2 has released – see this post in our blog

That’s right, Disney and Devo teamed up to create an all kid version of DEVO called 2.0. Don’t believe me, go here.

According to the press release:

"DEVO,
one of the ’80s most innovative and iconic bands, has partnered with
Disney Sound to bring their hits to a new generation with ‘DEVO 2.0,’ a
combination CD/DVD package set for release on March 14th. The original
members of DEVO rerecorded ten of their old songs (some with revamped
lyrics) and two brand new ones with DEVO 2.0, a group of five talented
kids aged 10-13."  Founding member Gerald V. Casale directed 11 new music videos for the DVD.

According to the press release "Disney
Sound is planning a series of “remaking the band” projects, uniting
original band members of iconic groups with talented kids for newly
recorded CD and DVD releases. Next up is a partnership with the Go-Go’s."

After a look at the web site, it looks like this is being geared up as a devolved set of post-post-modern mousketeers. Domes off to the the spud boys (and girls) = both V1.0 and V2.0. Nice to have a form of DEVOlution that can be shown to the tikes.

For those who have not kept up with DEVO, visit www.mutato.com.

The CD/DVD will be available March 14th, but you can pre-order using the amazon link above.

The National Association Music Manufacturers conference was Jan 19-22. Consequently a lot of gear hit the market.  This is the first of many  posts  offering highlights.

Cakewalk announced a new virtual  synthesizer (official press release). Sonic state has a video of this synth in action.

The software has released and is available on Musicians’ Friend for $199! (save $89)

It’s been 20 years since the 80s synth-pop icon Howard Jones exploded on to the music scene.What’s he been up to? Well, back in 1997 he started his own label, dtox.  He is releasing new material on this label as well as material from other bands such as dba.
I think it’s quite inspirational to see an 80’s icon remaining vital as an artist and staying current by collaborating with new artists.

Howard recently released a brand new album called Revolution of the Heart which is now available on iTunes. Click this button to preview some tracks

This album is worth a listen for a many reasons. One of course is if you are a Howard Jones fan, you’ll still enjoy his electronic synth-pop with a positive message. Second, for you producers out there, the album was co-written/produced by dba’s Robbie Bronniman resulting in some very cool mixes.

I
actually saw Howard Jones perform his electronic set with a band twice in the
last two years. He has quite an interesting laptop-based live rig that I’ll
comment on in a future article.

FL Studio 6 just released. FL Studio has always been one of my favorite virtual software music environments – especially if you want to go beyond simply creating music on royalty free loops. This is a fantastic new release with tons of new features. I’ll mention a few new features in this post and talk in more detail in future posts.

Use this link to get a 10% discount if you spend more than $90 on your order.
http://affiliate.image-line.com/CCFADC404

Windows Vista is still a year away, but you can get a sneak peak into the next version by watching the webcast of the Bill Gates Keynote at the Consumer Electronics Show (CES) 2006. The keynote offers a live demonstration of some of the "fantastic new features" of Vista. The video is rather long, so here is a time index:

You can also visit the official Windows Vista page to keep up on Microsoft’s progress. 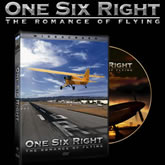 I’m happy to announce that Mark Mosher Music has licensed a song into the extra features of the DVD and the soundtrack to the motion picture One Six Right – The Romance of Flying. Both the DVD and soundtrack are on sale now. Please visit www.onesixright.com to learn more and purchase.

I just spent some time updating markmoshermusic.com. This is my portfolio site for my music and sound design work. This site is a full flash site meaning it’s filled with cool animations and sound effects. I also developed a custom flash video player that will allow you to preview some of my work synced to video.

There are also pointers to the latest project that involved music and audio production www.wwiiaviator.com and the motion picture One Six Right.

If you’ve never checked it out, give it a look.

More and more live theatrical presentations are driven by software. Of course Kraftwerk are the godfathers of technology in the arts.

Kraftwerk began touring again in 2004. They captured the performance and are offering an right now audio cd

and in the near future will be releasing a double DVD. This site has some clips that will be on the DVD – http://kraftwerk.technopop.com.br/video.php

After watching this footage, I think it’s fascinating how these pioneers in synth music continue embrace technology and have radically simplified their stage setup to deliver their music live. Each member has a laptop (sony vaio) and small midi keyboard controller – that’s it!

I came across this very funny marketing ad campaign by Moog Music. Moogerfoogers are a line of audio effects processors. Click the image to the left to see a larger version of this  campaign.

Seems like only yesterday iTunes 5.0 came out – oh yeah it was last month – and now iTunes 6.0 is here! Those engineers at Apple must never sleep.

Well, it’s clear that the release of iTunes and it’s enhanced support for video is releated to the new video capable iPods. I mean what good is an iPod that plays video unless you have some content. So, iTunes now has videos for sale. For example, I just got into Lost (yeah, I know, I’m a year behind). You can get episodes on iTunes :^).

And you can still:

For those who have not tried it, click the banner below to give it a try – I think you’ll like it. Best of all, its free!

Apple just announced a new iPod which can play video!!! Check it out here http://www.apple.com/ipod/ipod.html.

The new model is lighter and thinner and comes in 30GB and 60GB models starting at $299.

With support for up to 150 hours of video and a 2.5-inch color display, the new iPod lets you take music videos and TV shows on the road.

Apple just released a new version of iTunes – Version 5. It’s free and you can get it here http://www.apple.com/itunes/download/